Leaders of the Peoples Democratic Party in the South-West have appointed a five-man reconciliation committee headed by Prince Oyinlola charged with the responsibility to unite all factions in the geopolitical zone.

Rising from a meeting held at the Agodi Government House in Ibadan, the Oyo state capital, the party leaders resolved that zonal executive positions of the party should be zoned to all states of the South-West, adding that it has become imperative for the party to unite ahead future elections across the zone.

Correspondent Kunle Ojo reports that the meeting called on the Federal Government and the National Assembly not to go ahead with the proposed clampdown on social media, saying the move will infringe on Nigerians' freedom of expression.

It also urged the government at the centre to strengthen existing laws to prevent the abuse of the freedom of expression.

In his remarks, Governor  Seyi Makinde maintained that the meeting was convened to address the challenges facing the party in the South-West noting that PDP South-West is the only place where if PDP wants to win nationally, it must get right.

He added that once the reconciliation in the South-West fails, the party should forget the presidency.

He admonished all leaders of goodwill and other stakeholders to allow peace to reign in their different state chapters. 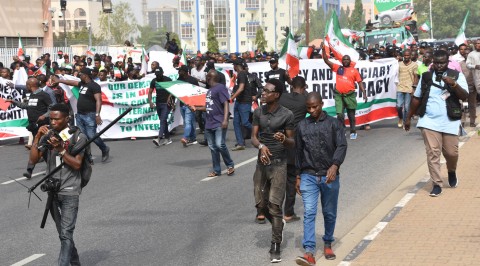