The Oyo State Police Command has confirmed the arrest of 47 armed Fulani men in Igangan area of the state.

The suspected hoodlums who were caught with guns and other dangerous weapons are allegedly on a reprisal mission in the area.

They were said to be arrested in a convoy of buses.

But the Police through the Command’s Public Relations Officer (PPRO), Olugbenga Fadeyi, a Chief Superintendent said the arrested hoodlums claimed that they were trailing some kidnappers who were about to collect ransom from relations of a kidnapped victim.

He added that investigation has been intensified on the arrest, adding that the suspects have been transferred to the State Criminal Investigation Department (SCID), Iyaganku, Ibadan.

Sources privy to the situation said the men were arrested in the early hours of Sunday at Ofiki River along Tapa/Igangan road in the Ibarapa North Local Government Area of the state.

According to unconfirmed sources, the armed Fulani men were allegedly invited by their kinsmen to strike in the area following the raid carried out by the men of the Oyo State Security Network Agency known as Operation Amotekun in the axis on Saturday.

But Amotekun had said it raided the hideouts of kidnappers in the area on Saturday in an operation that lead to the death of three persons while one of the officers of the Vigilante Group who also participated in the operation was injured.

The security outfit said the raid was carried out in collaboration with members of the Miyetti Allah, Vigilante Group, hunters, and others.

Efforts to confirm the report from the Information Officer of Operation Burst also proved abortive as calls weren’t going through on the line.

But, the Coordinator of Odua People’s Congress in Oyo State, Rotimi Olumo, confirmed the incident.

Also, the OPC coordinator in Ibarapa Zone, Olanrewaju Ogedengbe, confirmed the story explaining that the armed men were loaded in three buses.

I will not support capital punishment for hate speech - Akeredolu

Police Dismiss Threat of Eviction for Fulani Herdsmen in Oyo 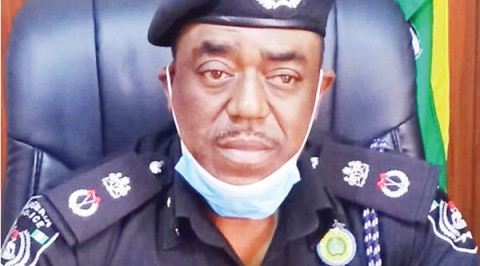