Corps Members Found In Insurgent State Are On Their Own – NYSC

DIRECTOR General of the National  Youth Service Corps, NYSC,  Brigadier General Johnson Olawumi says  the Corps has since suspended the posting of youth corps members to the North East states of Adamawa, Yobe and Borno and any one who wants to be posted or is serving in any of those states  is on his or her own.

Brigadier Olawumi who stated this at the annual Management Conference of the NYSC taking place in Calabar stated that insecurity in the North East region has claimed  the lives o f many  Corps members in the region making it inadvisable for young people to be posted there while insecurity persists.
*Corps members on parade...How literate are they?


The NYSCC Director General stated that the annual Management Confere4nce is an opportunity for top management and staff of the scheme to take stock and appraise critical operations  of the scheme taking into cognizance  its mandate and service charter.

He said  the theme for this year’s conference, Evolving Dynamic Operational Strategies to Tackle present challenges in the NYSC is in tune with current security realities in the country and it is with the view to improving on the service delivery of the Corps.

“The NYSC scheme no doubt in the past 41 years has faced a lot of challenges including inadequate orientation camp facilities, non fulfillment of statutory obligation by some critical stakeholders and security issues it is therefore with a view to over coming these challenges that makes this year’s theme apt for the annual conference”.

Chief Gordon Bozimo, the Chairman NYSC Governing Board said since the inauguration of the board a year ago, there have been constructive engagement of state governments for sustainable development of physical infrastructure at the orientation camps and provision of other statutory support which many states have responded positively.

He said the Board is planning a review of the Corps Insurance policy scheme with a view to making it mor sensitive and responsive in the delivery of services to corps members.

Mr Liye;L Imoke, the Cross River State governor in his speech said the state was the highest employer of serving corps members in the country because of its believe in rewarding dedicated and loyal corps members.

Imoke who was represented by his deputy, Mr Efiok Cobham said the NYSC which is forty one years should go beyound its original  concept of national integration  and make evolve strategies which will make the National Youth Service Corps more beneficial to the people and communities the ‘Corpers’ are servicing.

He prised the National Youth Service Corps skill, acquisition programme which he said will meet the needs of current challenges of unemployment in the country and assured the scheme of the continued support and partnership of the state government.

Obaseki does not deserve the NUT award - Airhiavbere 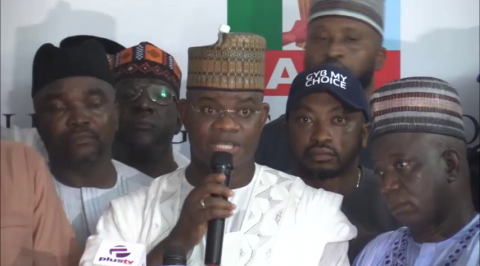 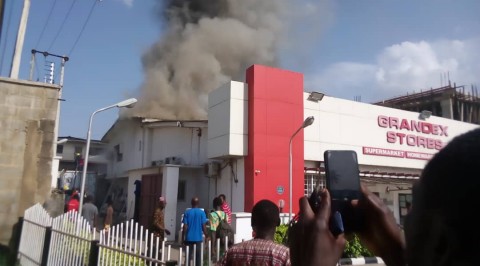