The 20-year-old striker, who joined the club in August from Belgian side RSC Charleroi, scored twice and provided two assists in five matches last month as Lille climbed into the top five.

He succeeds Angola-born Rennes midfielder Eduardo Camavinga, who won the August award and became the youngest ever winner at the age of 16.

An incredible two months for Osimhen in the colours of Lille has resulted in eight goals in 11 appearances for the northern club. 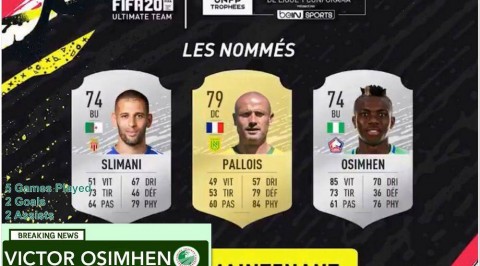 FG Receives Over $311m Abacha Loot from US