Goods worth millions of Naira on Tuesday went up in flames as fire engulfed a section of the multi-million Naira popular Ogbe-Ogonogo market in Asaba, headquarters of Oshimili North local government area of Delta state.

The fire which started in the tailoring section of the market spread to other areas as traders scampered for safety while trying to protect their wares from being consumed by fire before the arrival of fire service.

Speaking on the fire outbreak as hundreds of them defied physical distancing directives of the state government; some shop owners who lost their entire wares narrated how it started and call on the state government to provide a stationary fire service station in the market.

On his part, the Delta state commissioner for information Charles Aniagwu who visited the scene said the government will take stock of the damages and restructure the market to prevent a re-occurrence.

Over ninety per cent of the tailoring section was gutted by fire before the arrival of men of the state fire service who tried their best to prevent the damage. 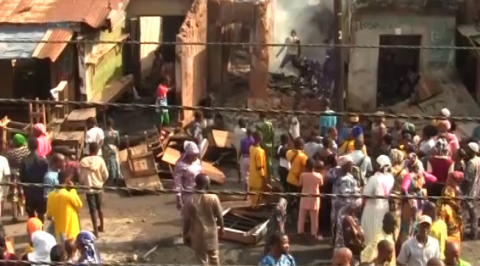 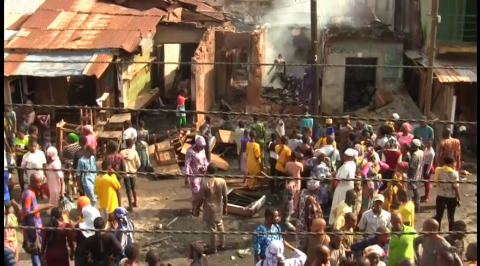