Time for Buhari's Appearance Will Be Determined by Presidency - Reps

The House of Representatives says it has broken the jinx of presidents not honouring the invitation of the Nigerian parliament.

Chairman House Committee on Media and Publicity, Benjamin Kalu gave the indication while addressing journalists on the planned appearance of the president before the lower Chamber.

Kalu emphasized that the invitation is not aimed at ridiculing or embarrassing the president but to get an appropriate briefing from the appropriate person.

The House Spokesman, however, commended the President for his commitment to democracy and expressed optimism that the synergy between the executive and the parliament on insecurity will be better for the country.

He said the time for the Presidential appearance will be determined by the president.

Kalu was optimistic that the president will honour the invitation next week, due to urgency needed in addressing national security challenges. 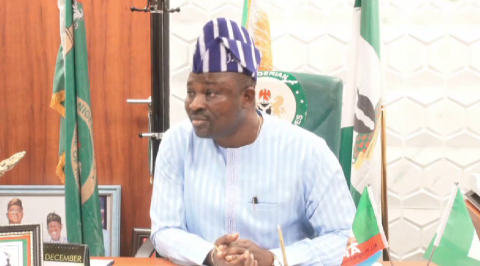