CAMA not Targeted at Religious Bodies

The federal government has assured religious bodies in the country that the Companies and Allied Matters Act 2020 (CAMA) does not target churches, mosques and other religious bodies, as had been wrongly portrayed.

Senior Special Assistant to the President on Niger Delta Affairs, Senator Ita Enang, gave the assurances on Tuesday during an interaction with the Christian Association of Nigeria (CAN), in Abuja.

The meeting, which was organized for the purposes of giving enlightenment to the Christian body over the contentious provisions of the CAMA, also saw the Presidential aid swearing to an oath to assure the church in Nigeria that he had come to them with the whole truth about the new law.

He lamented that some politicians, especially those from the opposition, had wrongly characterized the intents and purposes of the Act, giving it an anti-religious law.

He said the misconceptions that had trailed the Act had found their way in through deliberate misinformation, explaining also that though some had intended to blackmail President Muhmmadu Buhari with it, he was not the sponsor and had at previous occasions withheld assent to it when he was not convinced it was good enough for Nigeria. 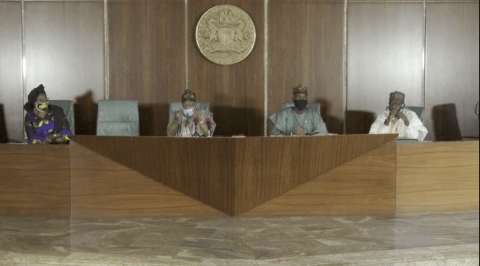