At least 13 inmates were killed and 15 injured in a shoot-out in a prison in Panama on Tuesday.

Prison officials said that inmates are housed in blocks according to their gang affiliation. The assistant director of Panama's National Police, Alexis Muñoz, said that the shoot-out was between members of the same gang who had an internal disagreement. The officials reported that no prisoners escaped during the fight.

President Laurentino Cortizo said an investigation would be launched into how the guns got into La Joyita jail east of the capital, Panama City.

He said, "These firearms didn't fall out of the sky, there was obviously some type of cooperation there for firearms to be brought in".

He said he would meet his security council on Wednesday to discuss how to put a stop to guns being smuggled into jails. While La Joyita is notorious for overcrowding, this is among the deadliest recorded prison fights in the Central American country. 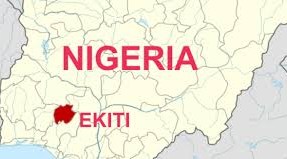 Ekiti to comments under 15 football competition